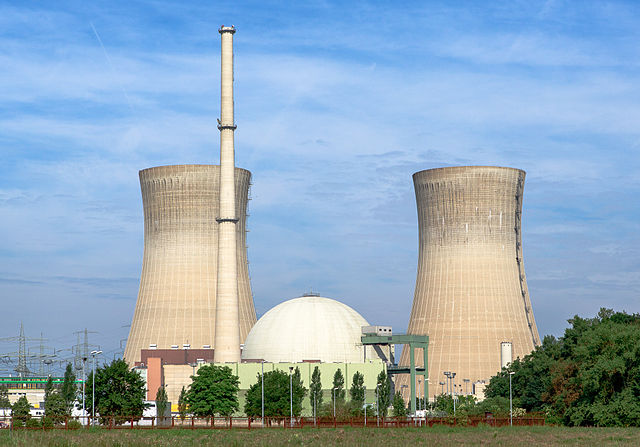 A nuclear power plant is a heat station that uses a nuclear reaction to produce #heat instead of fossil fuels.

This heat generates a #steam that rotates a steam #turbine as in the #Runkine cycle .

The nuclear fission is reacted within the core of the reactor when a neutron strikes a heavy metal nucleus such as a Uranium 235, which leads to a fission into lighter, more free nuclei and much heat.