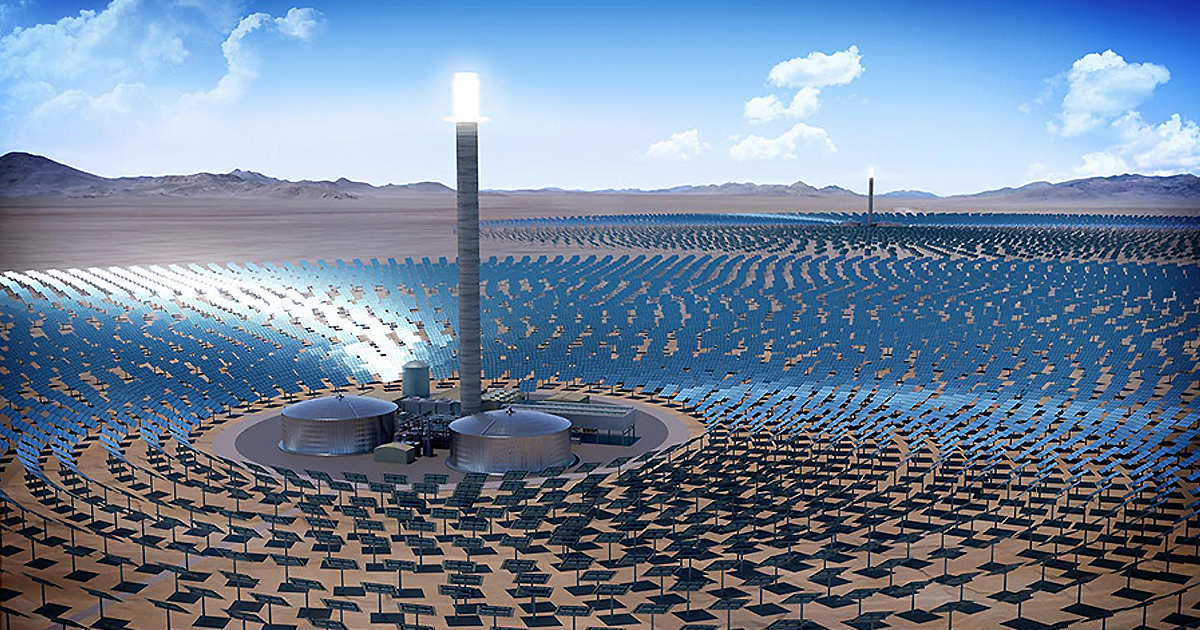 Solar Tower is an important effective way to use #solar #power
It consists of a mirrors array field called “heliostat” that reflects sun rays to the receiver at the tower ,

The collected rays heats up the heat transporter ,we use melted
salt that filled in tanks to be used at the night .
Melted salt has temperature 565c is moved through the circuit from the hot tank storage to the boiler (steam generator) there it loses heat then it moved to the cold salt storage 290c then to the heating tower again .

In the steam circuit the boiler produces high #pressure #steam using hot melted salt then it forwarded to turbines to expand and turning turbines that connected to electric generators then the low pressure steam is driven to #condenser to condense to water and re use it again in the #boiler .