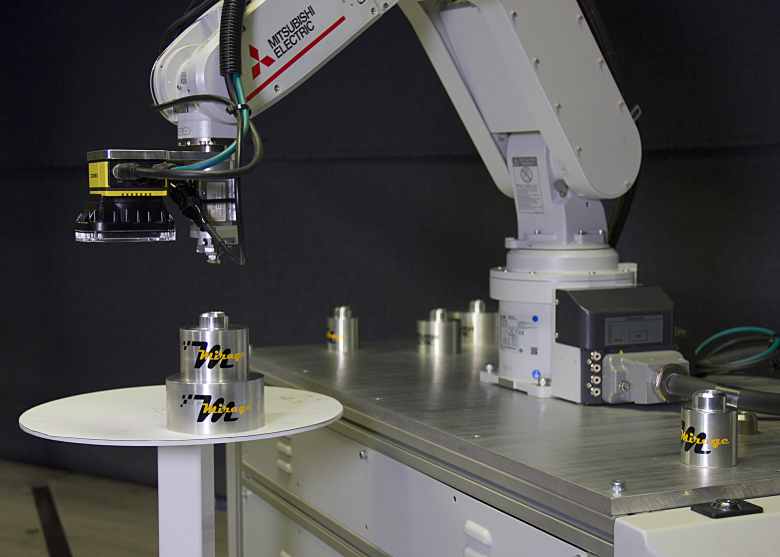 An autonomously guided #vehicle (AGV) equipped with a robot arm has been developed by #Mitsubishi Electric and #Mirage, making it possible to deploy the same robot at multiple workstations. The system has been designed to give unprecedented flexibility to assembly lines and boost plant productivity.

The AGV can move around the assembly line following a path traced by magnetic tape. Radio frequency identification tags are used to tell the AGV where to stop, speed up or slow down. It is also equipped with safety scanners that allow the device to stop if an obstacle is found en route or an operator steps too close to the vehicle. Robot and vehicle communicate via a Mitsubishi Electric PLC which enables them to determine when the AGV has reached the station and the task can be set in motion