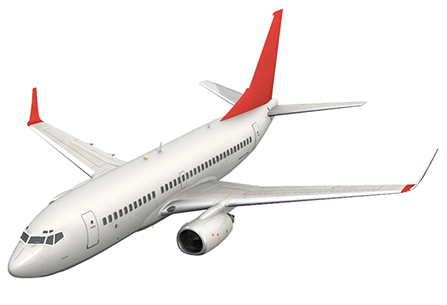 A plane’s engines are designed to move it forward at high speed. That makes air flow rapidly over the wings, which throw the air down toward the ground, generating an upward force called lift that overcomes the plane’s weight and holds it in the sky. So it’s the engines that move a plane forward, while the wings move it upward.